You may already know that coffee can produce a laxative effect.. this may or may not happen to you.

But does decaf coffee have this same laxative effect, or is the effect worse due to the chemical differences in decaf coffee?

Initially, it was the caffeine in coffee that’s believed to produce the laxative effect. However, it was discovered that decaffeinated coffee has the same effect. Energy drinks and other caffeinated soft drinks do not have this laxative effect, so there had to be another reason why only coffee was producing this effect.

It is now believed that the acidity in coffee could be the reason for the laxative effect. Both caffeinated and decaf coffee have naturally high levels of acidity, which causes out stomachs to secrete more gastric acid than usual.

This increase in acidity could cause out stomachs to empty the contents more quickly into the intestines, which could help to explain why drinking coffee, makes you go to the bathroom more frequently.

So in summary, you may still experience the laxative effect of coffee, even if you choose to drink a decaf.

According the American Chemical Society, the coffee acting as a laxative only affects around 3 out of 10 people.

Of the nearly 1000 compounds inside a cup of coffee, scientists are not sure exactly which one produces the laxative effect, but they do now know that it isn’t caffeine. 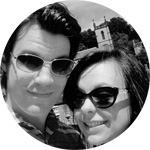